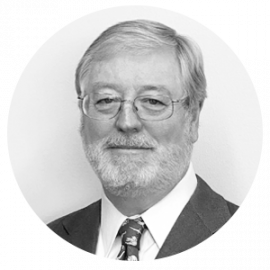 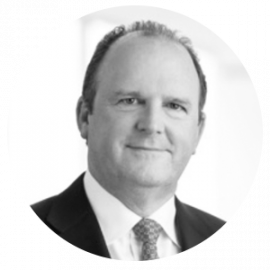 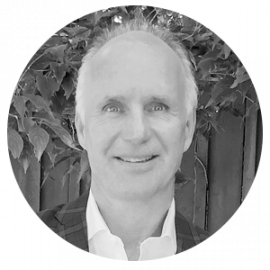 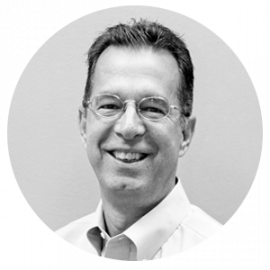 Gareth is an entrepreneur and successful founder and leader of a large public oil and gas company. He was born in the UK and studied geology at Oxford University before going on to work for Texaco and Murphy Oil in the US and UK. In the 1980s he became independent and subsequently founded Denbury Resources (NYSE: DNR), which grew into a $10 billion company under his leadership. Gareth stepped down from Denbury 10 years ago and has since been involved in the creation of various businesses, including ones involved in carbon sequestration and helium exploration. He has also been involved in extensive philanthropic activities at Oxford University and in his hometown in Yorkshire in the UK.

Although always based in Texas and primarily working in the US, Gareth has been involved with businesses in Canada since 1980 when the first company that he founded was funded by companies on the Vancouver Stock Exchange. He also led a successful exploration effort in the US on behalf of Coho Resources, then based in Calgary.

Subsequently Gareth formed Denbury Resources Inc. in the US, which became a Toronto Stock Exchange listed Canadian company in 1992 by a reverse merger with a small Calgary oil and gas company, Canadian Newscope. Between 1990 to 1996, Denbury continued as a TSE-listed company and grew from a cash flow of $0.12 per share to $2.51 per share by drilling wells and acquiring oil fields in the US. During that time, Denbury was able to raise money in Canada at successively higher levels and invest profitably in the US. Eventually Denbury listed on the New York Stock Exchange and grew through a series of accretive acquisitions via numerous capital markets transactions.

After carefully negotiating through the 2008 financial crisis, Gareth left the company to pursue other interests. One of those was a U. K. based company, 2CO Ltd., which was a developer of carbon capture projects around the world. Notably, 2CO engineered a complete carbon capture project at a coal plant in the U. K. which would have sequestered CO2 in a North Sea oil field. The U. K. government, due to prevailing economic conditions at the time, opted not to further fund the project through completion. However, that valuable experience allowed Roberts to form Valverde Power Solutions to take advantage of the knowledge gained in carbon dioxide capture and storage and particularly in utilizing Oxy-Fuel combustion. Valverde Power Solutions aims to become a significant deployer of Oxy-Fuel technology into clean electrical power generation across a variety of industries and identified projects worldwide.

Away from the workplace, Gareth has been active in helping to fund a new Earth Science building at Oxford University and has been elected to the Chancellor’s Court of Benefactors. Gareth is also a trustee of the Horsfall Trust based in Bradford, UK, which has been instrumental in building a new sports facility to serve the youth and community of that City. He is also the Chairman and owner of Bradford (Park Avenue) AFC CIC, a soccer club playing in the English leagues.

He holds Honors and Master’s degrees in Geology from St. Edmund Hall, Oxford University, where he has been elected to an Honorary Fellowship.

Duncan is a Canadian capital markets professional with over 40 years’ experience on both the sell-side and buy-side. During his career he was responsible for building and leading strong, high-functioning investment teams capable of consistently generating above-median returns within a low-risk framework.

He joined Montreal-based Addenda Capital in 2010 first as lead manager for all Canadian Equity portfolios where he built the in-house equity research and portfolio construction capabilities to support Addenda’s investment process. In 2016 he was named executive vice president, Canadian equities and member of the firm’s Executive Committee.  While at Addenda, Duncan was integral in establishing the firm’s approach to ESG and sustainable investing.  He also served as a member of the firm’s Investment, Risk, Asset Mix, Sustainable Investing and Best Execution committees.

He holds a Bachelor of Commerce (Honours) from Queen’s University and is an AIMR Chartered Financial Analyst (CFA).  Duncan is also a board member of The Canadian Arthritis Society and currently serves as its chair, having previously held positions including vice chair, treasurer, chair of the audit and finance committee and chair of the CEO search committee.

Richard is an investment management professional with over 35 years of experience, working both in London, England, and in Canada.  From 1990 to 2018, he held leadership positions at Phillips, Hager & North Investment Management (PHN) / RBC Global Asset Management.  He was senior partner and shareholder at PHN prior to its acquisition by RBC Global Asset Management in 2008, playing an integral role in building PHN to be one of the leading institutional investment managers in Canada.  Richard was a senior portfolio manager primarily focused on managed fixed income portfolios for some of PHN’s largest pension plan, foundation and insurance company clients.  As part of his leadership role, he was a member of the Fixed Income Risk Committee and the Canadian Institutional Management Committee.

Richard began his career in financial services in London, first as an Economist at Amex Bank and then as an investment banker for Orion Royal Bank and later as a fund manager of high yield bond and currency portfolios at Guinness Flight Global Asset Management.  Throughout his career, he has authored numerous papers and research reports on financial markets and investment solutions.

His other activities include Chair of the investment committee of the Crofton House School Foundation and as a member of Investment Advisory Committee for Simon Fraser University in Vancouver. He is also managing partner of ISAR Sport Management GmbH, Grunwald (Munich), Germany.

Keith has served as a member of the Valverde Power Solutions Board of Directors since 2021. He has served as President and Chief Executive Officer of Clean Energy Systems, Inc. since January 2003. Keith joined CES in January 2001 as Vice President for Business Development. He is a mechanical engineer with more than 30-years’ experience in the power industry in North and South America and in Europe.

Prior to his work at CES, Keith served as the Vice President of Business Development, Latin America, for Tractebel, Brussels, Belgium. At Tractebel, he was instrumental in acquiring and developing power plants, gas distribution systems, and energy companies with an aggregate equity investment in excess of $2 billion and an installed capacity in excess of 6,000 MW. Prior to working for Tractebel, Keith worked for the AES Corporation.

He holds a Bachelor of Mechanical Engineering degree from the University of California, Davis and a Master of Business Administration degree from San Francisco State.